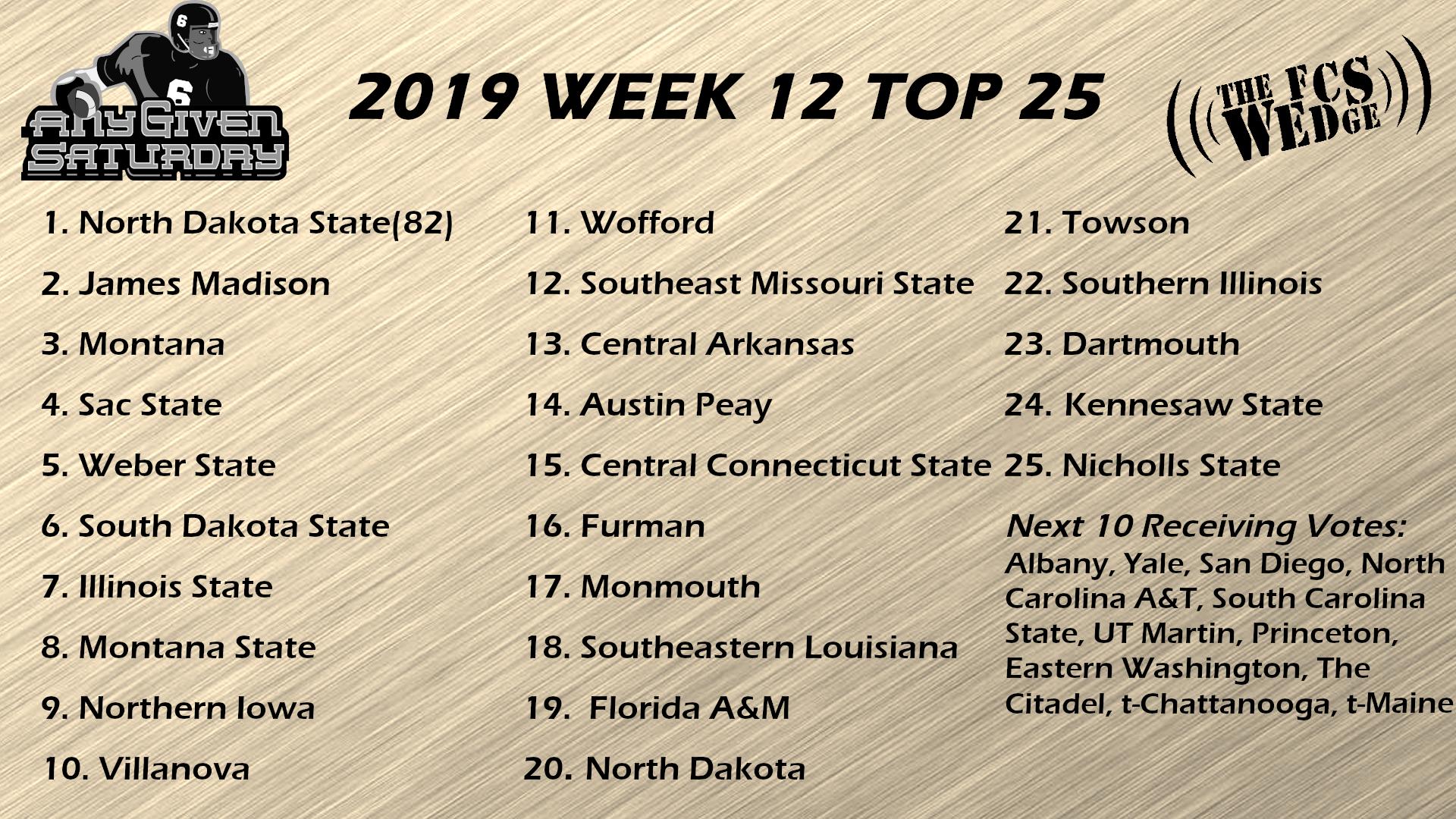 Inside a week until Selection Sunday and there’s still a lot of action inside of the AGS top 25 with two top 5 teams taking losses and a few other significant upsets thrown into the mix in week 12. The top 2 remained the same as they have been since week 1 with North Dakota State and James Madison occupying the #1 and #2 spots, respectively. Montana moved up 2 spots to #3, their highest ranking in the AGS Poll since 2010, after their big win over previously 3rd ranked Weber State. Sacramento State also slid up two spots to #4 to set another record for highest ranking ever in the AGS Poll for them. Weber State dropped a couple spots to round out the top 5 at #5.

As for other teams moving up South Dakota State made a 3 spot jump up to #6 after getting back on track with a huge home win over UNI. Wofford moved up 6 spots to #11 after a monstrous win over SOCON rival Furman that actually wrapped up the SOCON autobid for them in the process. Southeastern Louisiana moved up 4 spots to #18 after their 4th straight win. Their fellow Southland squad Nicholls also climbed back into the top 25 rising 4 spots to #25 after their 3rd straight win.

The teams going in the opposite direction were led by Northern Iowa who dropped 5 spots down to #9 after a convincing road loss at SDSU. Furman also took an 8 spot dive to #16 after their aforementioned loss to Wofford. Dartmouth plummeted 12 spots down to #23 after getting stunned at home by Cornell. Princeton fell out of the top 25 after getting blown out by Yale.