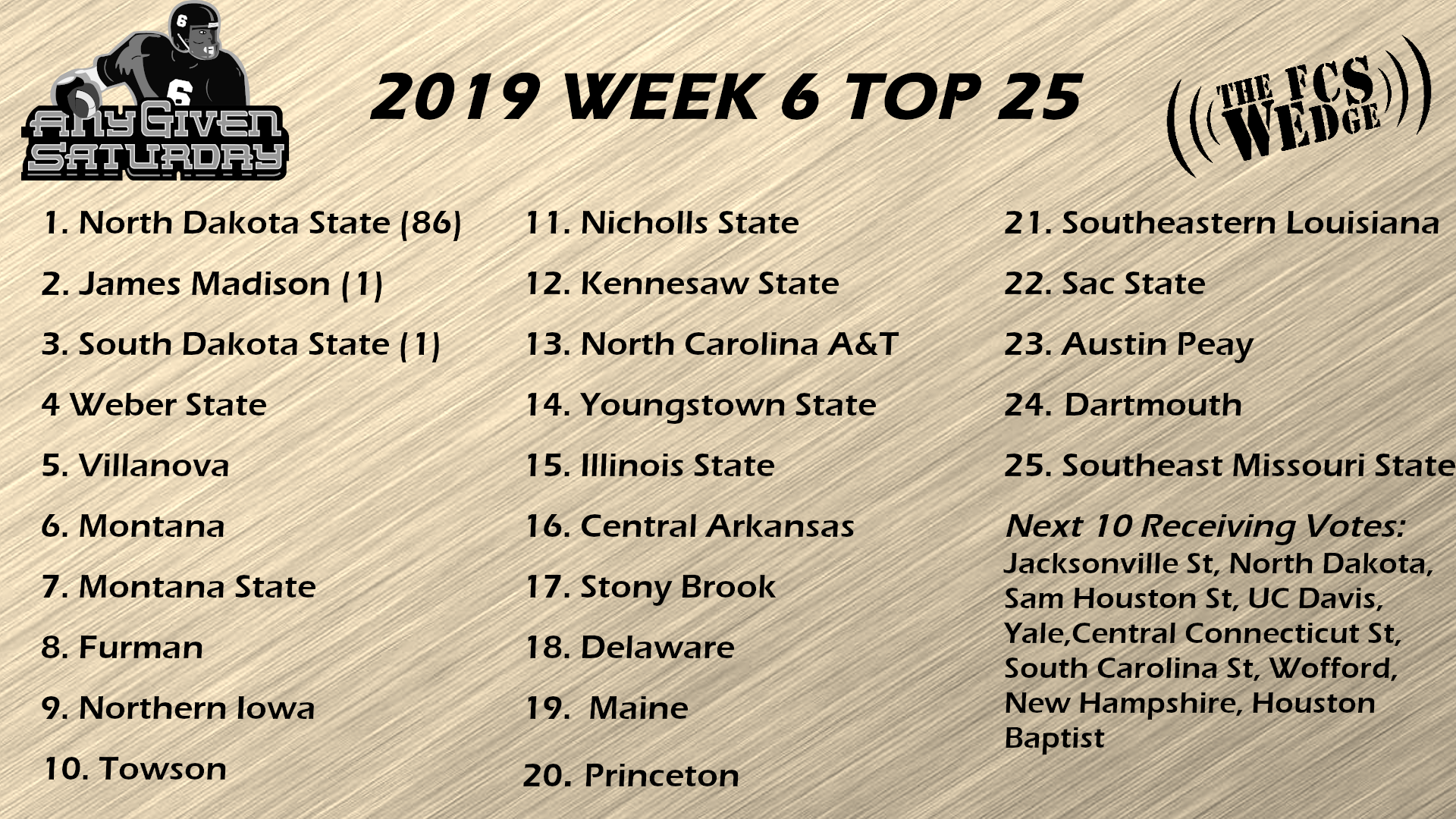 For week 6 the top 10 of the AGS top 25 was pretty calm but everything after that got thrown into the blender. The top 5 itself was completely unchanged from last week with North Dakota State at #1, James Madison at #2, South Dakota State at #3, Weber State at #4, and Villanova at #5.

The teams rising up the ranks were led by Nicholls who used a beatdown of fellow ranked Southland foe Central Arkansas to rise up 6 spots to #12. North Carolina A&T took advantage of some turmoil in front of them to move up to a season high #13. Stony Brook, despite losing, moved up 4 spots to #17 after taking #2 James Madison to overtime. Sacramento State shot up 9 spots to #22 to make their first appearance in the AGS top 25 since week 9 of 2012. Dartmouth also moved into the top 25 for the first time this year moving up 3 spots to #24 and Southeast Missouri State returned to the top 25 rising 3 spots to #25. There were also 6 new teams appearing in the ORV this week.

Central Arkansas headlined the teams going in the opposite direction dropping 7 spots to #16 after their aforementioned loss to Nicholls. Fellow Southland team Southeastern Louisiana also tumbled 5 spots to #21 after being upset by McNeese. UC Davis, Elon, and Eastern Washington all dropped out of the top 25 after taking losses on Saturday. In EWU’s case they dropped completely out of the ORV as well and snapped a streak of 48 straight weeks ranked in the top 25.

In terms of conference representation the CAA led the way once again placing 6 teams into the top 25. They were followed by the MVFC with 5, the Big Sky with 4, the Southland with 3, and the Ivy League and OVC with 2 teams each in the top 25. Once again 9 conferences were represented in the top 25.