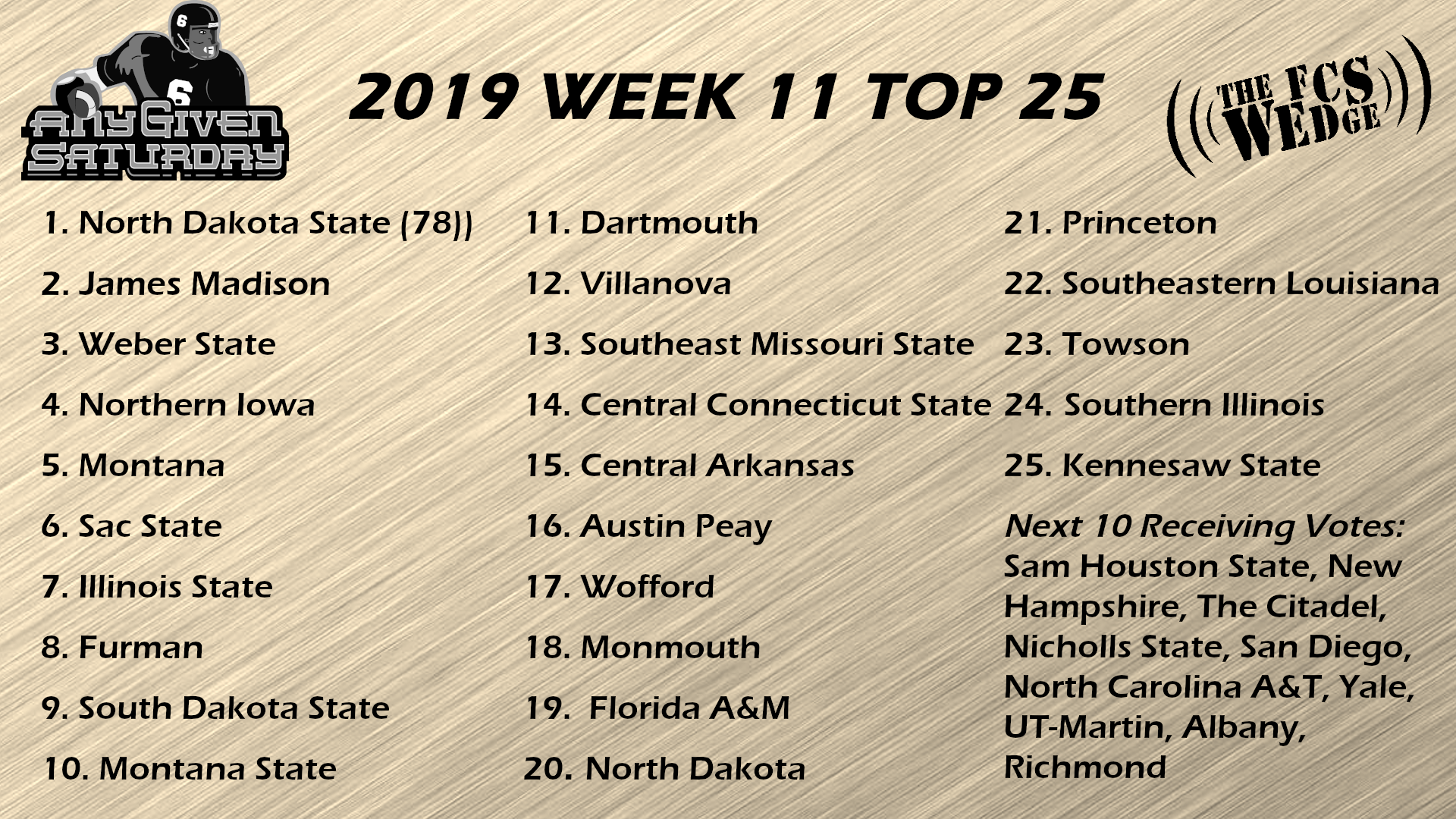 With only 13 days until Selection Sunday we’re hitting the home stretch of the 2019 FCS regular season. Even though losses were few within the AGS Top 25 in week 11 there were a couple significant upsets that shook things up. As has been the case basically all year the top stayed calm with North Dakota State, James Madison, and Weber State holding onto the top 3 spots in that order. Northern Iowa slid up to #4 and Montana got back into the top 5 to round it out at #5.

The teams climbing in this week’s poll were headlined by Villanova who rose 4 spots to #12. Austin Peay used a big win over OVC rival UT Martin to jump up 8 spots to #16. It might’ve been a week late but Monmouth made a 5 spot rise to #18. Southeastern Louisiana shot up 12 spots into the top 25 at #22 after shutting out Southland front runner Central Arkansas. Southern Illinois made their first appearance in the top 25 since 2017 rising up 3 spots to #24 after their 4th straight win.

As for teams going in the opposite direction South Dakota State dropped 5 spots to #9 after losing for the 2nd time in 3 weeks. Central Arkansas also took a 7 spot dip to #15 after their aforementioned loss to Southeastern Louisiana. Princeton plummeted 9 spots down to #22 after losing their Ivy League showdown with Dartmouth at Yankee Stadium. New Hampshire and North Carolina A&T dropped out of the top 25 after taking losses on Saturday.

In terms of conference representation the MVFC led the way placing 5 teams into the top 25. They were followed by the Big Sky with 4, the CAA with 3, and then the Big South, Ivy League, OVC, SOCON, and Southland with 2 teams each in the top 25. Once again 11 conferences (including FCS Independents) were represented in the top 25 this week.