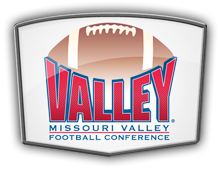 Round 1 of the FCS playoffs starts this weekend and for the first time in quite a while (first time since before the playoffs expanded to 24 teams), only one MVFC team is playing with two more  seeded and have a first-round bye this weekend.

All times are listed as Central time zone and the rank numbers are now going to be based on the seed numbers as assigned by the playoff committee (as opposed to using the AGS Poll, which is what I did during the regular season). Here’s the list along with starting times…all playoff games are available on ESPN3. I’ll go ahead and list the games for next week as well, although I’m only previewing the one this week.

The Series: Lamar and Northern Iowa have faced off exactly once before…a 1964 matchup in the Pecan Bowl (College Division regional finals for the midwest region). Back then, the State College of Iowa (coached by Stan Sheriff) faced off against Lamar Tech in front of ~7,500 people at Shotwell Stadium in Abilene, TX. The Panthers won that meeting, 19-17.

Location: Lamar is in Beaumont, Texas…866 miles almost directly south of the Northern Iowa’s UNIDome in Cedar Falls, Iowa. The UNIDome was opened in 1976 and currently holds 16,324 for football games. For a Thanksgiving weekend, it’ll be slightly above-average temperature with a high projected up into the low 40’s. Although as UNI fans like to say, it’s always 72 degrees inside.

LU’s Record: The Cardinals finished the regular season at 7-4 overall and 6-3 in the Southland Conference. They opened their season with two games who’s point totals equaled 77…a 70-7 win over NAIA Kentucky Christian, then a 77-0 loss at FBS Texas Tech. They then headed into the conference schedule starting with a 1-point loss to Northwestern State, a 6-point loss to Southeastern Louisiana, and a 23-point loss to then #18-ranked Nicholls. At this point, the 1-4 Cardinals had to be thinking that the playoffs were a long-shot, but then they rifled off 6-straight wins to close out the season, beating conference foes Incarnate Word (by 6), then #14 Sam Houston State (by 18), Stephen F. Austin (by 7), Central Arkansas (by 14), Houston Baptist (by 29) and McNeese (by 3). The winning streak to end the season earned them an at-large spot and their first ever appearance in the FCS playoffs and put them at 3rd in the Southland.

About Lamar: In the FCS, Lamar’s offense is ranked 25th in scoring (32.5 ppg) and 30th in total offense (433 ypg). Their run game is 12th in the FCS (250 ypg), but the passing offense is 87th (183 ypg). QB Darrel Colbert Jr. was the starter for the first 7 games and the last game of the season, throwing for 122 ypg with 12 TDs to 7 INTs (and an efficiency rating of 130.01) and rushing for 53 ypg with 10 TDs. QB Jordan Hoy was the starter for three of the later-season games, but had at least some playing time in 5 other games. He threw for 176 ypg with 6 TDs in the three he started and he has an overall efficiency rating of 165.28. Hoy has also run for 64.5 ypg with 7 TDs. The other runner to watch out for is RB Myles Wanza, who has a 75 ypg average with 3 TDs and ran for a high of 168 yards w/ 2 TDs against Sam Houston State. None of the Cardinal receivers average more than 30 ypg catching the ball, but WRs Isaiah Howard and Kirkland Banks get the most catches. Howard averages 25 ypg with 2 TDs. TE Case Robinson only has a 26 ypg average, but has a 26.11 yards per catch average with 4 receiving TDs. All 5 of their regular starting O-linemen (Hayden Kaaiohelo, Tamatoa Neher, Stephon Cooper, Garrett Bowery, and Aires Gilmore-Gardner) are listed as Juniors or above. Kaaiohelo started his collegiate career with Lamar, and Bowery transferred in before the 2017 season, but everyone else transferred to Lamar between the 2017 and 2018 seasons.

On defense, Lamar is 72nd in the FCS in points allowed (29.5 ppg) and 98th in total defense (451 ypg). Their run defense is decent, 33rd in the FCS, allowing 140 ypg, but their pass defense is last (out of 124 teams) at giving up yardage through the air (311 ypg). They do, however, have 16 interceptions, which is 8th in the FCS this season. DB Davon Jernigan leads the team with 9.4 tackles per game and is #6 in the FCS (#1 in the conference) at defending passes with 1.4 per game. Jernigan has 4 interceptions returned for a total of 99 yards in 11 games this season. DE Daniel Crosley has 8 sacks in 11 games with a total of 15 tackles for loss to go along with a 4.7 tackles per game average and 6 qb hurries. About Northern Iowa: The Panthers’ offense is 63rd in scoring (27.4 ppg) and 90th in total offense (346 ypg). They’re 88th in the ground game (128 ypg) and 57th through the air (218 ypg). QB Eli Dunne averages just over 200 ypg with 17 TDs and 5 interceptions, but is not considered a running threat generally (-38 yards total). Their top receiver is TE Briley Moore, but after a scary hit a couple of weeks ago, it’s hard to say if he’ll play this weekend. Otherwise, UNI has quite a few very fast receivers, with true freshman Deion McShane probably the fastest. None of them have over 38 ypg, but they have 3 receivers who have 29+ catches and 2+ TDs. WRs Jaylin James, Jalen Rima, and Nick Fossey are all targets for the passing game. On the ground, RB Marcus Weymiller handles things pretty well, averaging 72 ypg with 7 TDs, and in the last 5 games of the season, averaged just barely under 100 ypg. PK Austin Errthum is pretty solid at FGs, making 18 out of 21 including 4 from the 40+ range (long of 46) and is 4th in the FCS in FGs per game.

On the other side of the ball, UNI gives up 21.9 ppg (24th in the FCS) and 354 ypg (33rd). They’re 28th against the run (133 ypg) but 73rd against the pass (221.5). They’re also 5th in the FCS in defensive TDs, scoring 4 this season. LB Duncan Ferch leads the team with 8.36 tackles per game and has 4 interceptions, 8 pass breakups, and 3 QB hurries. LB Rickey Neal Jr. gets a lot of pressure behind the line of scrimmage, with 7.5 sacks this season and 7 QB hurries as well as 3 forced fumbles. DB Korby Sander has also had a solid season, with 7.36 tackles per game, 3 interceptions and a forced fumble. Because of the defenses’ ability to intercept passes, UNI is 9th in the FCS in overall turnover margin, averaging nearly +1 per game.

One thing I often look at for FCS stats is where teams are in the top 20 and the bottom 20 (they’re fairly easy to scan through and look for. Other things UNI is good at (top 20) is 4th down conversion (14th), kickoff return defense (13th), and red zone offense (19th). On the other side…they’re actually not ranked in the triple digits in any category that the NCAA generally tracks. They’re not great at punt returns (90th) but in general, they don’t have any huge glaring weaknesses.

My Take: Northern Iowa is 6-5 against the #1 toughest SoS in the FCS (according to Massey). Lamar is 7-4, but against the 71st toughest schedule. The big question for me is if UNI will be able to get motivated for this game or if they will get caught looking ahead to a possible game at UC Davis. Lamar will absolutely be motivated in this game and will be out to prove the doubters wrong. I think if UNI plays on the high end of what they’re capable of, they should run away with this game. If the UNI team that faced off against WIU or YSU shows up, or if UNI is looking past this game, it could be a close game. My guess, though, is that UNI will be wanting to prove that “sneaking” into the playoffs was not a fluke and they’ll be ok. UNI is good against the run, which is Lamar’s strength. Lamar is also good against the run, but UNI is a pretty solid passing team. I think that means we’ll see lots of airing things out to receivers on UNI’s part with some quick scoring opportunities. The game might be kinda close at halftime, but I think UNI will run away with it in the second half…probably around 34-14 for the Panthers. 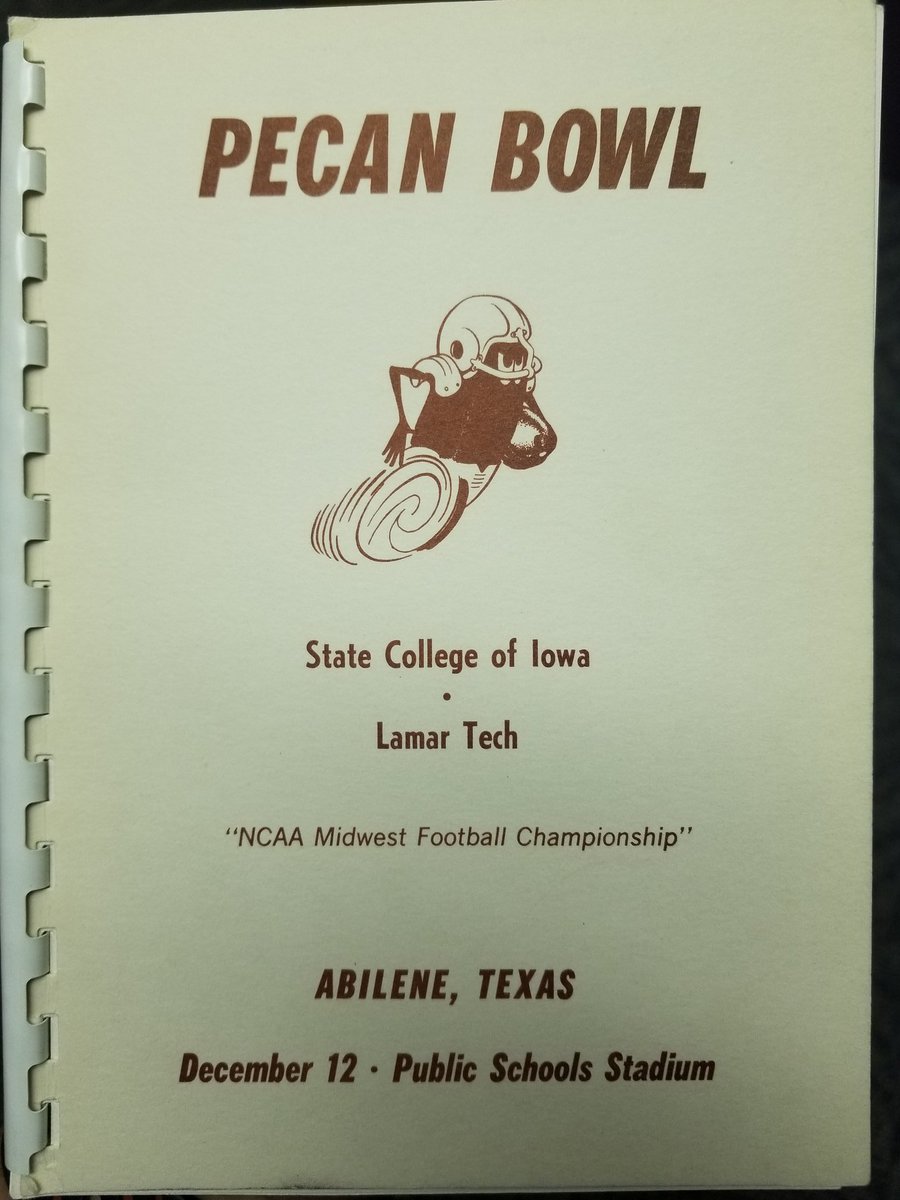