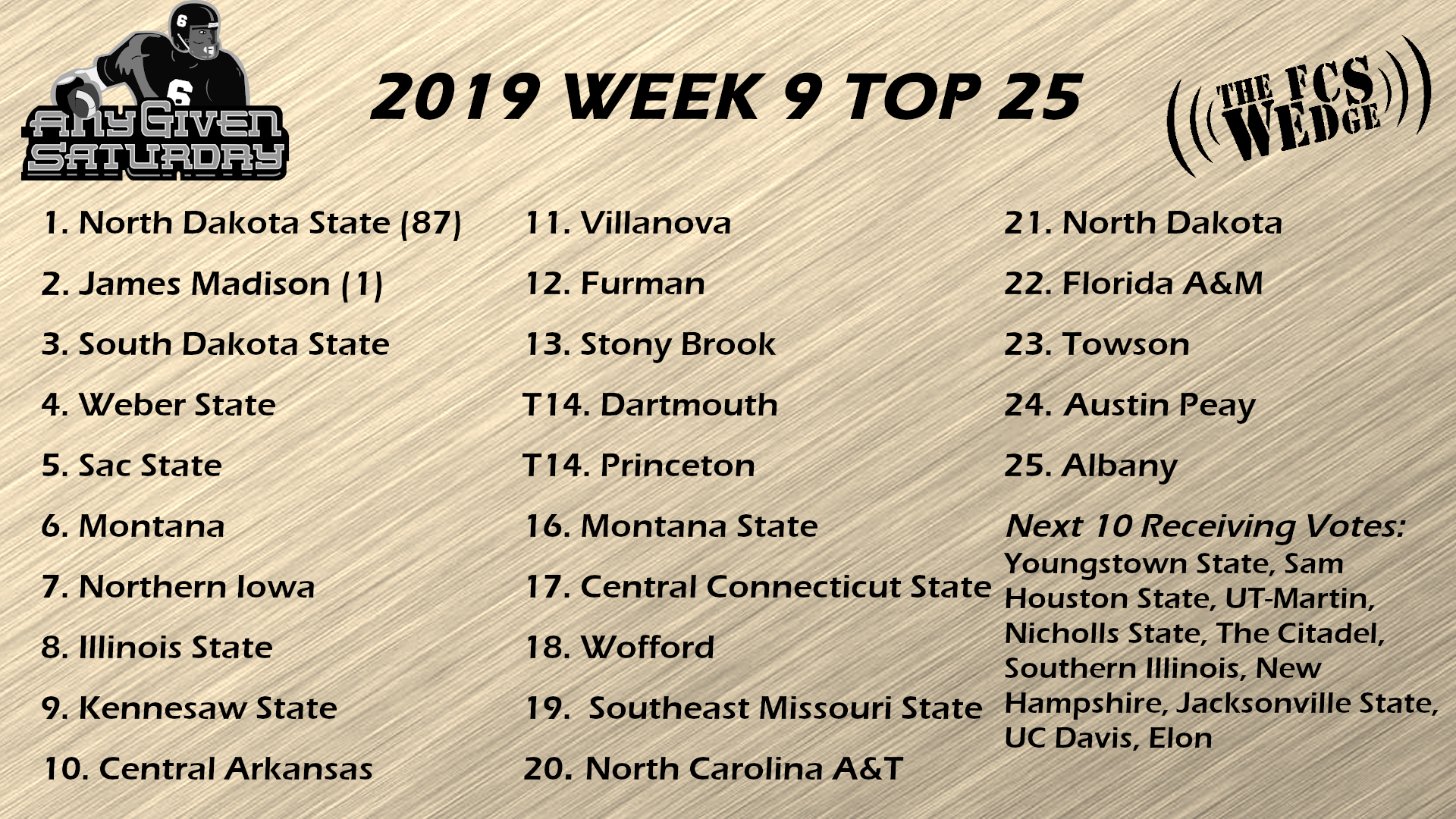 Week 9 didn’t deliver the upsets that week 8 did in the AGS Top 25 but it was still a topsy-turvy week as we get inside a month until Selection Sunday. The top of the poll remained calm as it has much of the year with the same top 5 as last week with North Dakota State, James Madison, South Dakota State, Weber State, and Sacramento State in that order.

As for teams going in the opposite direction Villanova and Montana State each dropped 5 spots to #11 and #16, respectively, after their aforementioned losses to Stony Brook and North Dakota. Towson took a 6 spot drop to #23 after losing to 2nd ranked James Madison. Sam Houston State, Tennessee-Martin, Nicholls, and UC Davis all dropped out of the top 25 after taking losses last Saturday.