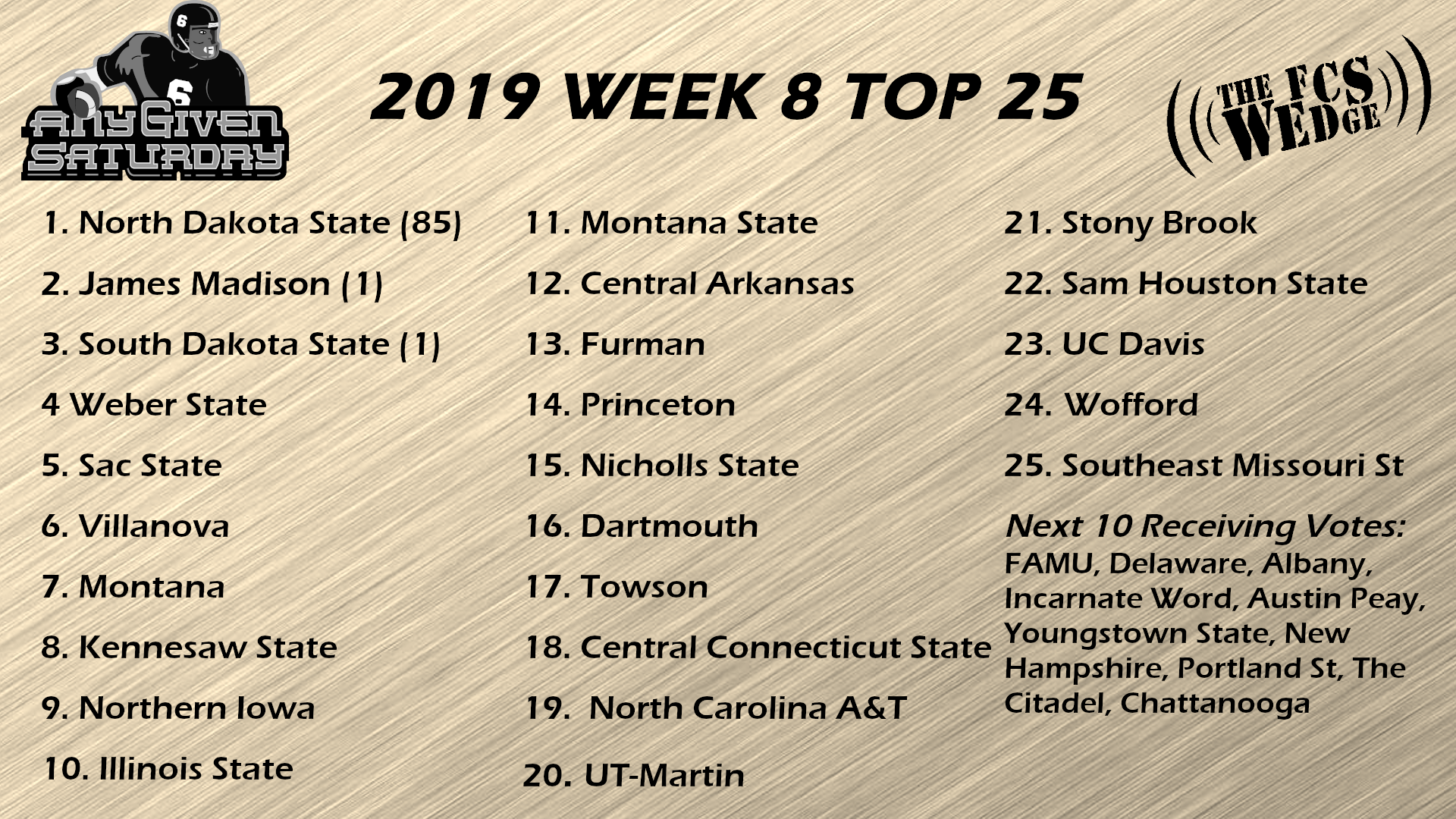 Week 8 was another tumultuous one in the AGS Top 25 with 8 teams taking losses to teams ranked lower than them or not at all. Despite that for the fourth consecutive week the top 4 remained unchanged with North Dakota State, James Madison, South Dakota State, and Weber State taking the top 4 spots in that order. Sacramento State used a big win over previously 5th ranked Montana to rise up 5 spots to #5 to set another program record for the highest ranking ever in the AGS Poll, their third week in row they’ve done so.

As for other teams making moves up this week Princeton and Towson took advantage of teams in front of them losing to move up 4 spots each to #14 and #17, respectively. Central Connecticut State, after their 6-1 start, moved up 6 spots to their highest ranking ever in the AGS Poll at #18. Tennessee-Martin moved up 6 spots to #20, their first top 25 ranking in the AGS Poll since week 4 of 2017. Sam Houston State made their first appearance in the top 25 this year coming from completely out of the poll to #22 after shutting out Southland front runner Nicholls. Wofford reappeared in the top 25 moving up 5 spots to #24 after their 4th straight win. Southeast Missouri State also got back into the top 25 after a one week absence moving up 3 spots to #25.

The teams going in the opposite direction were led by Furman who dropped 6 spots to #13 after being upset at home by The Citadel. Nicholls also suffered a 7 spot drop to #15 after their aforementioned loss to Sam Houston State. Austin Peay, Youngstown State, New Hampshire, and Jacksonville State all dropped out of the top 25 after dropping games to teams outside of the week 7 top 25.