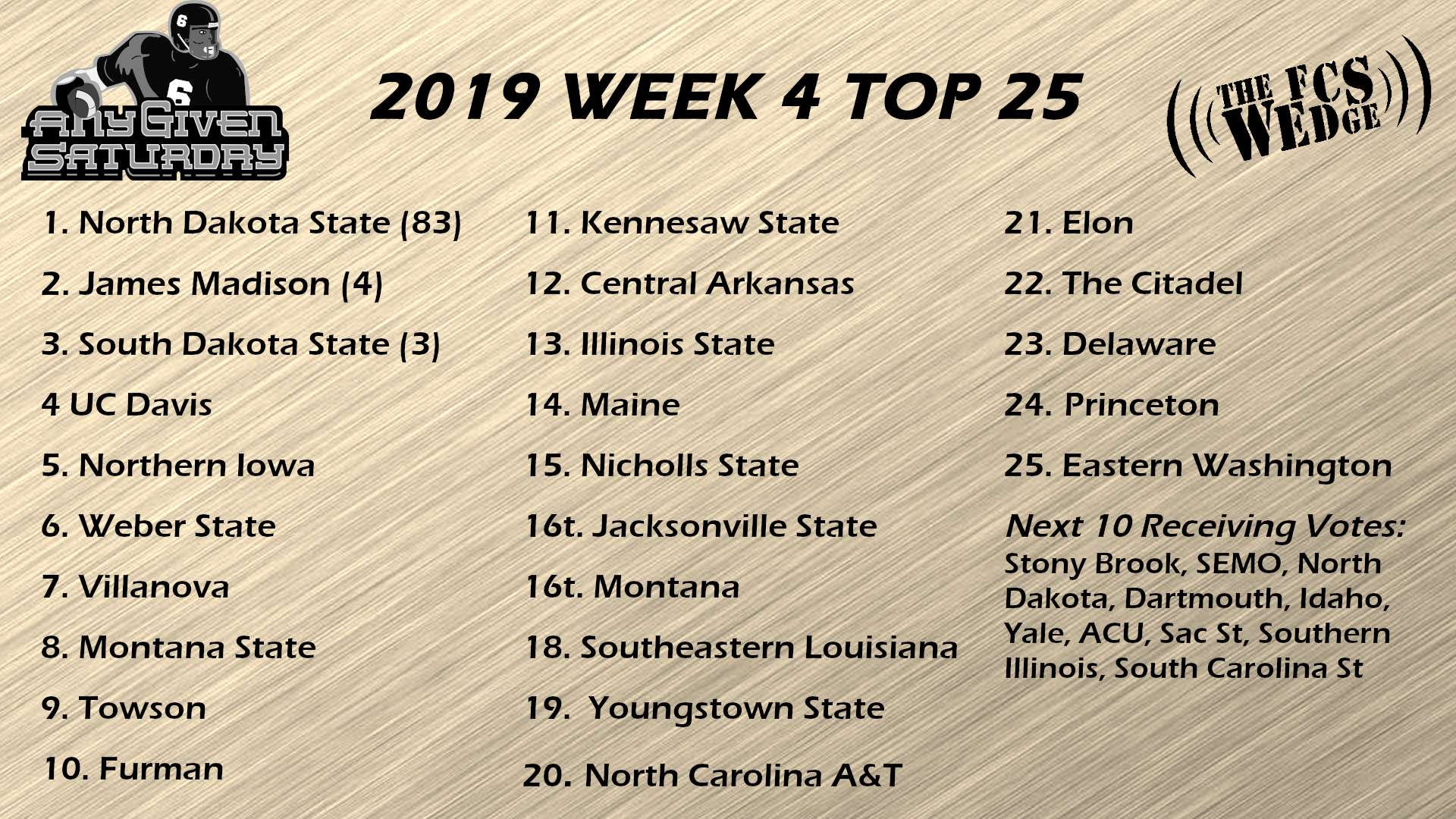 Week 4 was another fairly calm one in the AGS Top 25 with the exception of a couple big upsets but, despite some shake-ups in the order, it was the same 25 teams in the AGS Top 25 this week. The top 4 remained unchanged with North Dakota State, James Madison, South Dakota State, and UC Davis coming in at #1-#4 respectively. Northern Iowa crept up to #5 to achieve their first top 5 ranking in the AGS Poll since week 1 of 2016.

The teams moving up this week were headlined by Villanova who catapulted up 11 spots all the way to #7 following their impressive win over previously 5th ranked Towson. The only other team to move up more than one spot was Furman who rose 2 spots to #10 after dismantling their fellow SOCON foe Mercer. That is the Paladins highest ranking in the AGS Poll since Week 1 of 2007.

Going in the opposite direction was Towson who dropped 4 spots to #9 following their aforementioned loss to Villanova. Central Arkansas dropped 4 spots to #12 after dropping a game to FBS foe Hawaii. Eastern Washington plummeted 14 spots to barely hang in the top 25 at #25 after a stunning upset loss to fellow Big Sky opponent Idaho.

The CAA led the way again in terms of conference representation placing 6 teams into the top 25. They were followed by the Big Sky and MVFC with 5 each, the Southland with 3, and the SOCON with 2 teams in the top 25. Once again 9 conferences were represented in the top 25.