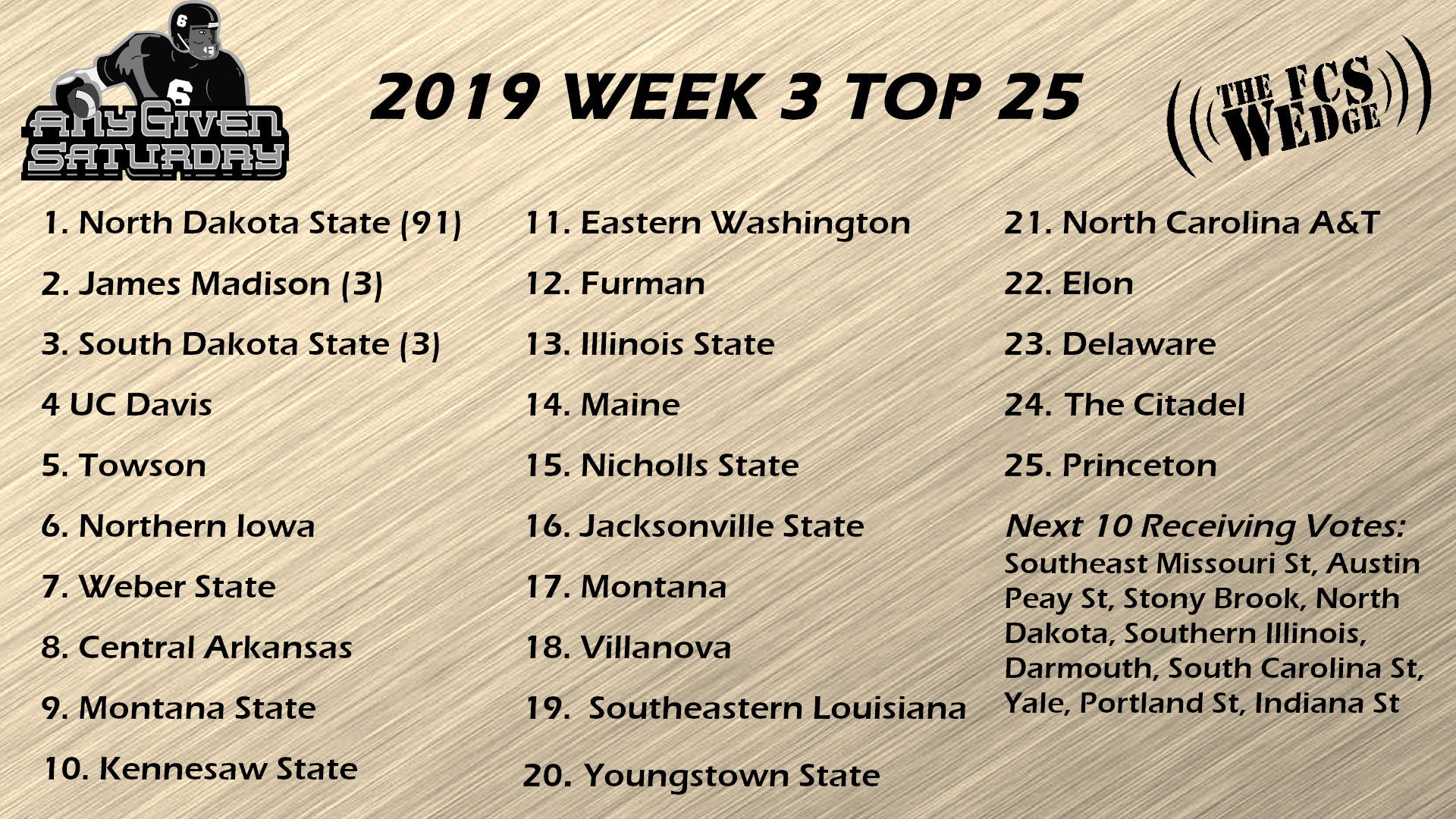 Despite only 3 FCS losses amongst the AGS top 25 this week there was plenty of movement mainly due to 2 of those losses going to teams previously ranked in the top 5. The top 3 stayed the same for the third consecutive week with North Dakota State, James Madison, and South Dakota State in that order. UC Davis moved up to #4 and Towson rose up 4 spots to #5 after their big win over previously 5th ranked Maine.

As for other teams moving up Jacksonville State rose 6 spots to #16 after their thrilling come from behind victory over Eastern Washington. The Citadel also came from completely out of the top 40 all the way to #24 after upsetting ACC foe Georgia Tech. This is the Bulldogs first appearance in the AGS Top 25 since week 5 of 2017. While The Citadel was the only team to move into the top 25 there were 6 new teams in the others receiving votes this week.

The teams going in the opposite direction were headlined by Eastern Washington who dropped 7 spots to #11 after their aforementioned loss to Jacksonville State. Maine plummeted 9 spots to #14 after getting dumped by Towson and Delaware took a 5 spot tumble to #23 after a home loss to top ranked North Dakota State. Southeast Missouri State dropped out of the top 25 after a lackluster showing vs SEC opponent Missouri.

In terms of conference representation the CAA led the way placing 6 teams into the top 25. They were followed by the Big Sky and MVFC who each had 5, the Southland with 3, and the SOCON with 2 teams in the top 25. Once again 9 conferences were represented amongst the top 25.