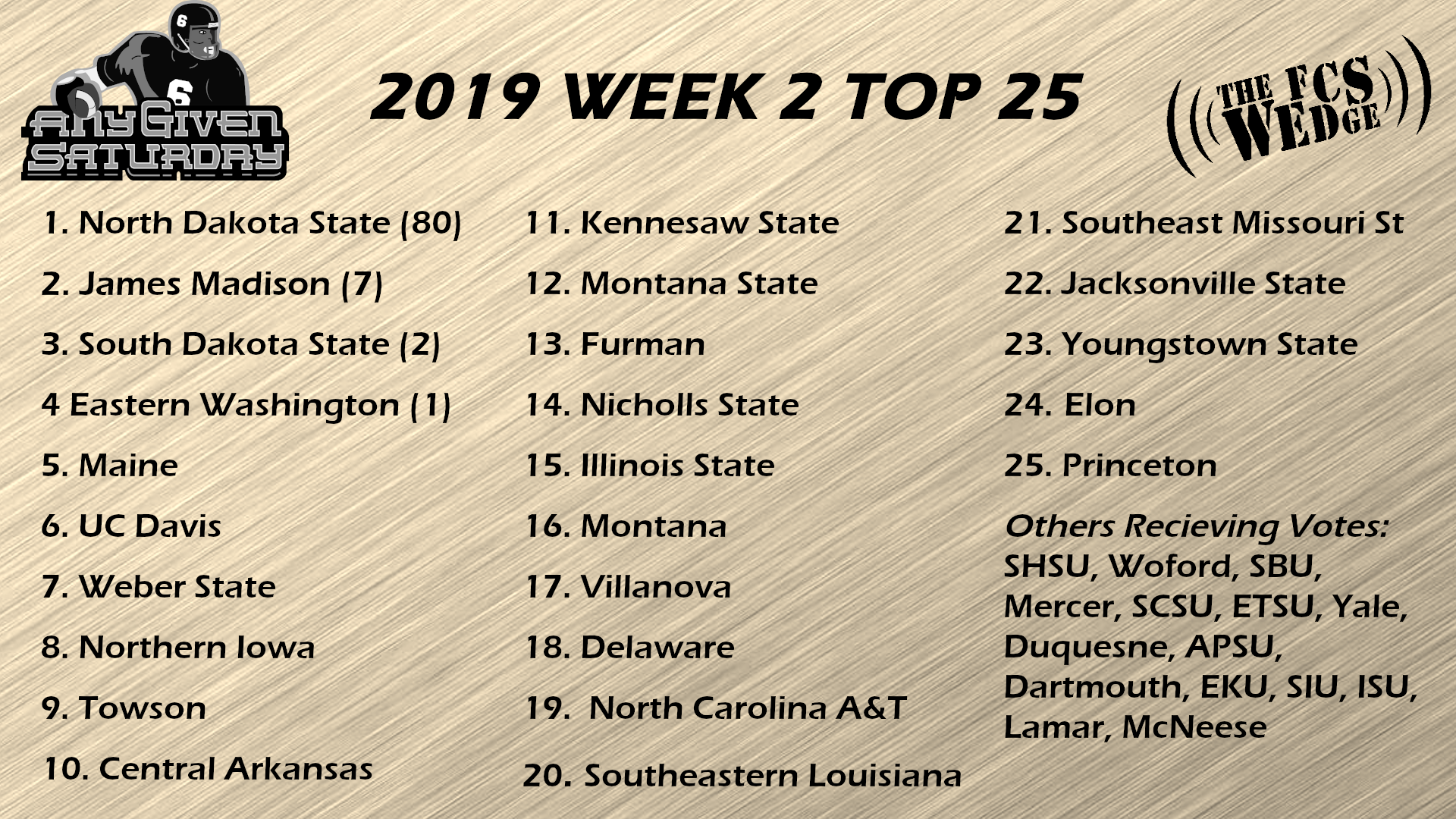 Week 2 was an unusually stable one in the AGS Top 25 for it being this early in the season. With only 6 total losses (only 2 vs FCS teams) amongst top 25 teams there wasn’t a lot of movement. The top 4 were unchanged from last week with North Dakota State, James Madison, South Dakota State, and Eastern Washington maintaining their positions at #1-#4 respectively. Maine got back into the top 5 for the first time since the final 2018 poll to round out the top 5.

As for teams moving up Montana State led the way rising 3 spots to #12 after their win over fellow ranked foe Southeast Missouri State. Villanova took advantage of some losses in front of them sliding up 4 spots to #19 after a 2-0 start. Jacksonville State got back on track this week with a win over Chattanooga and subsequently got a 3 spot bump into a tie for #22. They shared the #22 spot with Youngstown State who rose up 6 spots to achieve their first AGS Top 25 ranking since the preseason 2018 poll. Elon also climbed back into the top 25 moving up 3 spots to #24 after taking out The Citadel.

There wasn’t much for teams dropping in the rankings and still maintaining their spot in the top 25. The only team to drop more than 2 spots and still land in this week’s top 25 was Southeast Missouri State who fell 5 spots to #21 after their aforementioned loss to Montana State. Despite being idle Wofford fell out of the top 25 as did Indiana State who almost fell completely out of the poll after being upset by Dayton last Saturday.

In terms of conference representation the CAA led the way putting 6 teams into the top 25. They were followed by the Big Sky and MVFC with 5 each, the Southland with 3, and the OVC with 2 teams in the top 25. Once again 9 conferences were represented in the top 25.