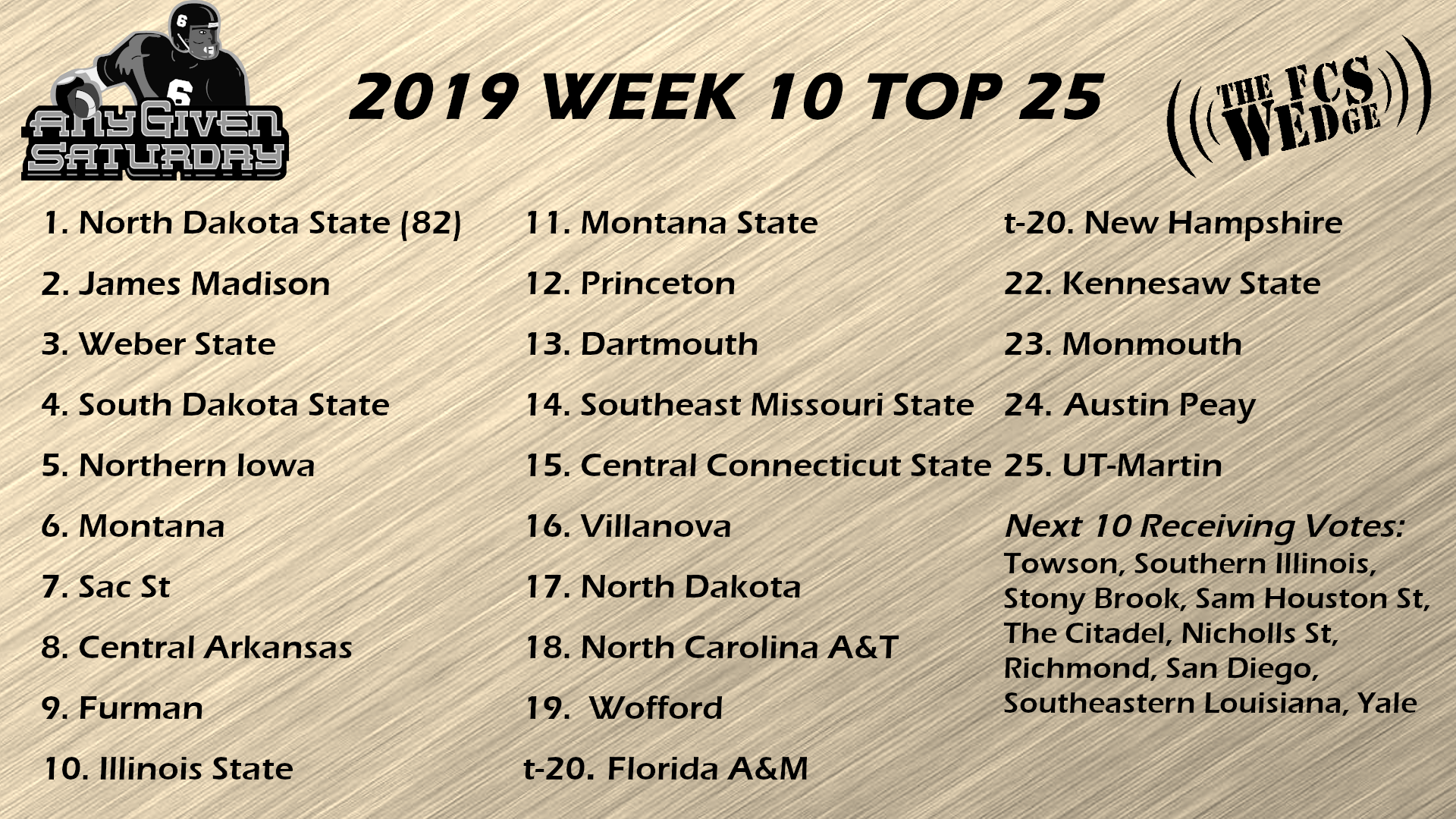 With six week 10 matchups pitting teams against each other that were both listed in that AGS Poll, including two top 10 matchups, there was bound to be plenty of movement in this week’s poll. The top 2 remained the same as they had been since week 1 with North Dakota State and James Madison holding down the #1 and #2 spots, respectively, but the #3 spot changed hands for the first time since week 1 as Weber State used a big road win over previously fifth ranked Sacramento State to move up to #3 which bumped South Dakota State down to #4. The revolving door that is the AGS #5 spot turned again as Northern Iowa moved 2 spots to #5 following their win over previously 8th ranked Illinois State.

The teams climbing the poll this week were led by Montana State and Southeast Missouri State who each moved up 5 spots to #11 and #14, respectively, after a bevy of teams in that range dropped games on Saturday. New Hampshire got back into the top 25 shooting up 12 spots into a tie at #20 after their big win over Villanova. Monmouth came from out of the poll all the way up to #23 after a surprising rout of Big South power Kennesaw State. Tennessee-Martin also got back into the top 25 moving up 3 spots to #25 after taking down Jacksonville State.

Going in the opposite direction was Villanova who fell 5 spots to #16 after their third straight loss. Kennesaw State plummeted 13 spots to #22 after their aforementioned loss to Monmouth. Stony Brook (who was #13 last week) and Albany fell out of the top 25 after taking surprisingly lopsided losses last Saturday.