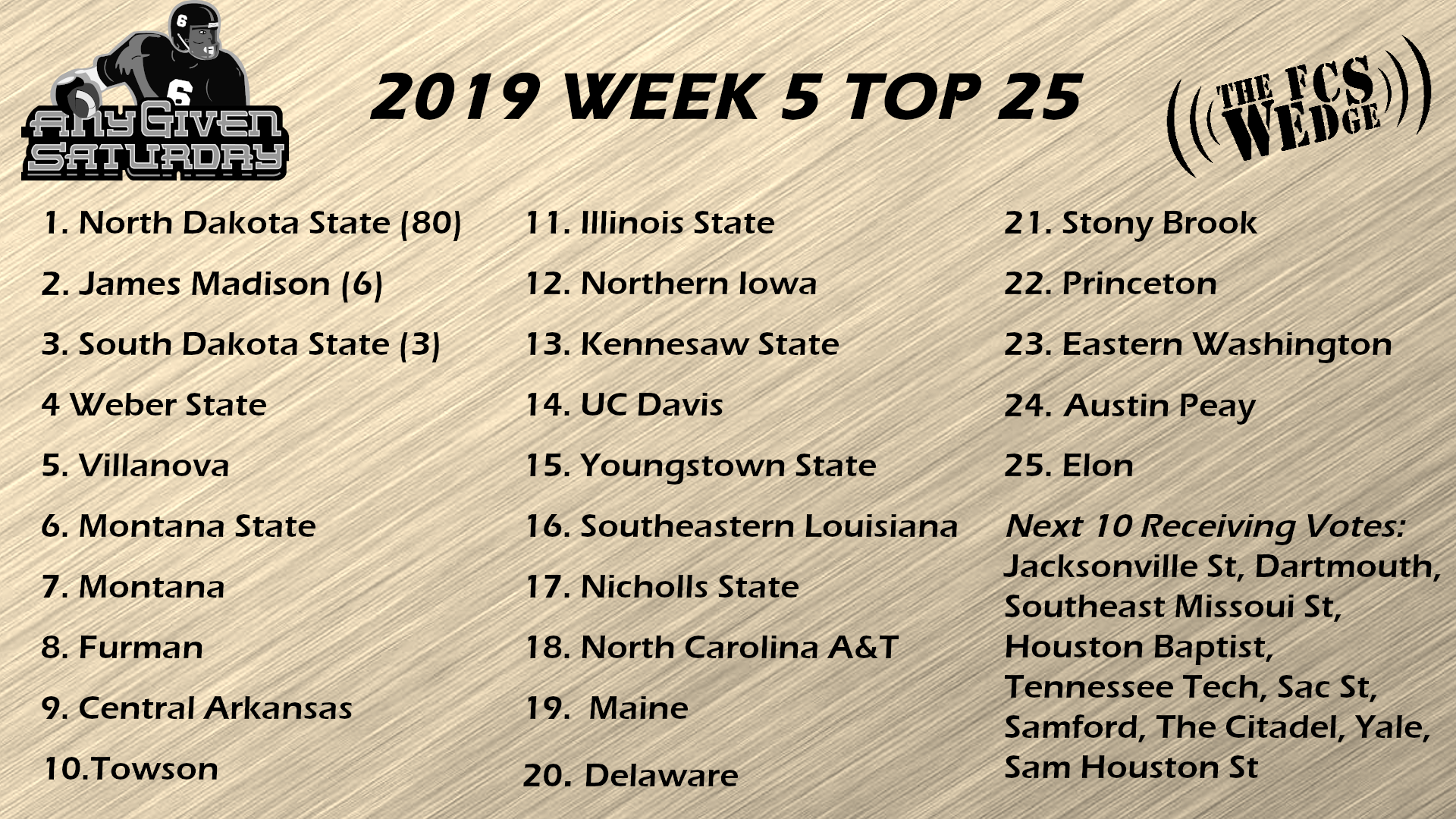 After 2 pretty calm weeks we saw a couple upsets involving teams near the top of the AGS top 25 that churned the poll up quite a bit. The very top remained calm however as for the fifth straight week the top 3 were North Dakota State, James Madison, and South Dakota State in that order. Weber State got into the top 5 for the first time this year moving up to #4 after their big win over Northern Iowa and Villanova climbed all the way up to #5 after not even appearing in the 2019 preseason poll.

Other teams moving up included Montana who shot up 9 spots to #7 after throttling previously 5th ranked UC Davis. Youngstown State took advantage of some turmoil from teams in front of them to move up 4 spots to #15. After hanging just outside for the last few weeks Stony Brook made their first appearance of the year in the top 25 moving up 5 spots to #21 after their 4-1 start. Austin Peay came from completely out of the poll last week all they way up to #24 this week after taking down OVC power Jacksonville State decisively last Saturday.

The teams moving in the opposite direction were headlined by Northern Iowa who dropped 7 spots to #12 after their aforementioned loss to Weber State. UC Davis plummeted 10 spots to #14 following their second straight loss. Elon dropped 4 spots to barely hang on at #25 after getting demolished at home by James Madison. Jacksonville State fell out of the top 25 snapping a 78 week streak being in the AGS top 25 dating back to week 13 of 2013. The Citadel also dropped out of the top 25 after dropping a 4OT classic to Samford last Saturday.